I love playing in the snow with the kids but we haven't had any this year and it's been  too c-c-c-old if there'd been any anyway. Fake snow INDOORS seemed like a good way to have some snow fun despite the lack of real snow.

I found this great recipe for baking soda snow on Momma's Fun World.  This stuff is mold-able just like the real stuff and is completely safe. It is made from two ingredients I already had handy- baking soda and conditioner- so that's always a win for me. And it keeps. Stick it in a tupperware container or, like we did, play with it in a baking dish that has a lid and pop the lid on it when you're through. A month later and it was still in great shape. The pictures show just a half-batch of the snow to give you an idea.

My 2 year old had such a great time making snowmen (Use twigs or pipecleaners for arms, choc. chips and pony beads for buttons and eyes) and playing treasure hunt in the snow with some buttons and "gems" we have hanging around. (Don't put anything in there you wouldn't want the finish to get "polished" off of- it is baking soda after all.) Both my 5 and 7 year old played with it when they got home from school and loved playing with it just as much. A lot of bang for little buck an little effort. I definitely recommend trying it! 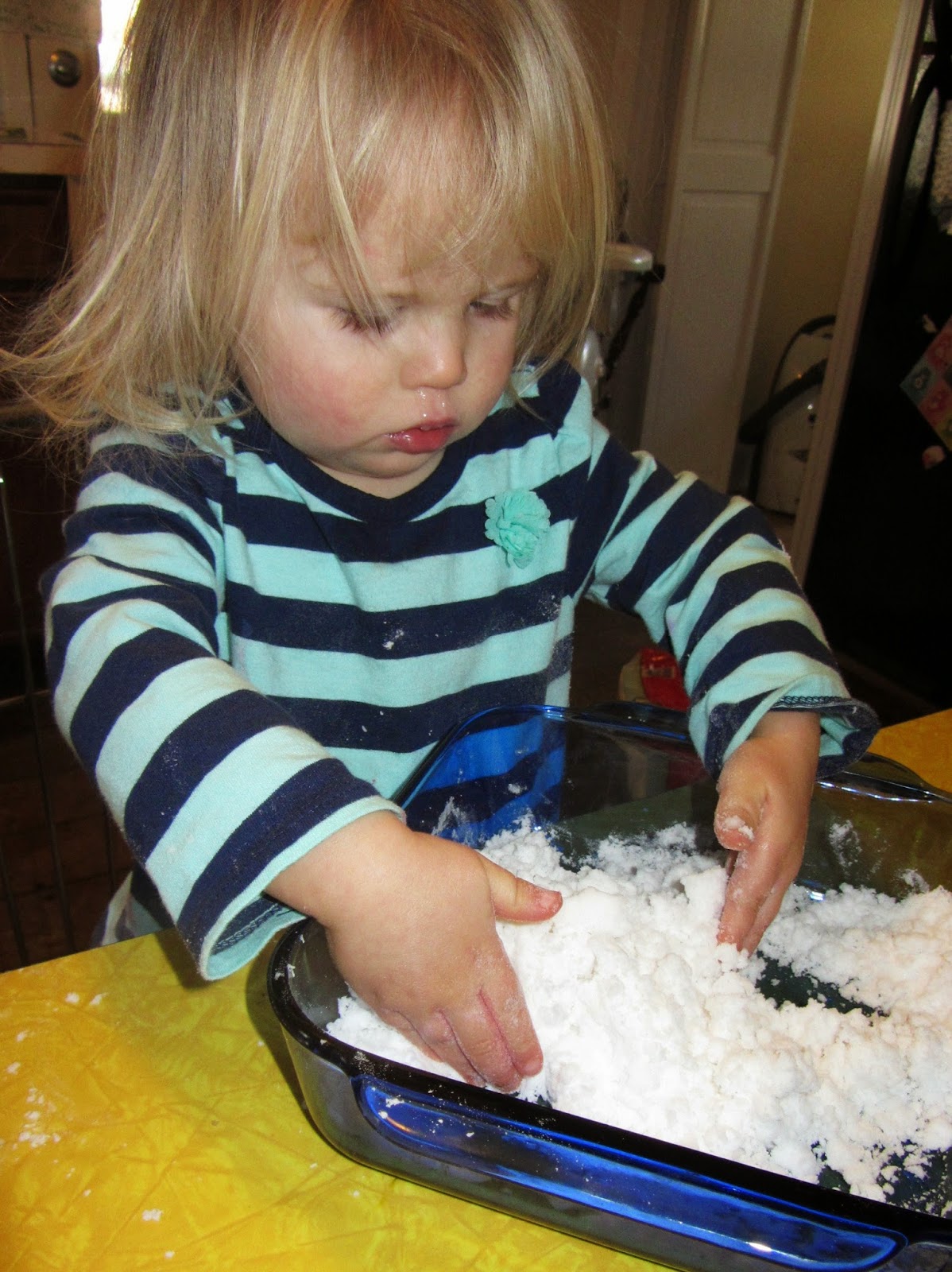 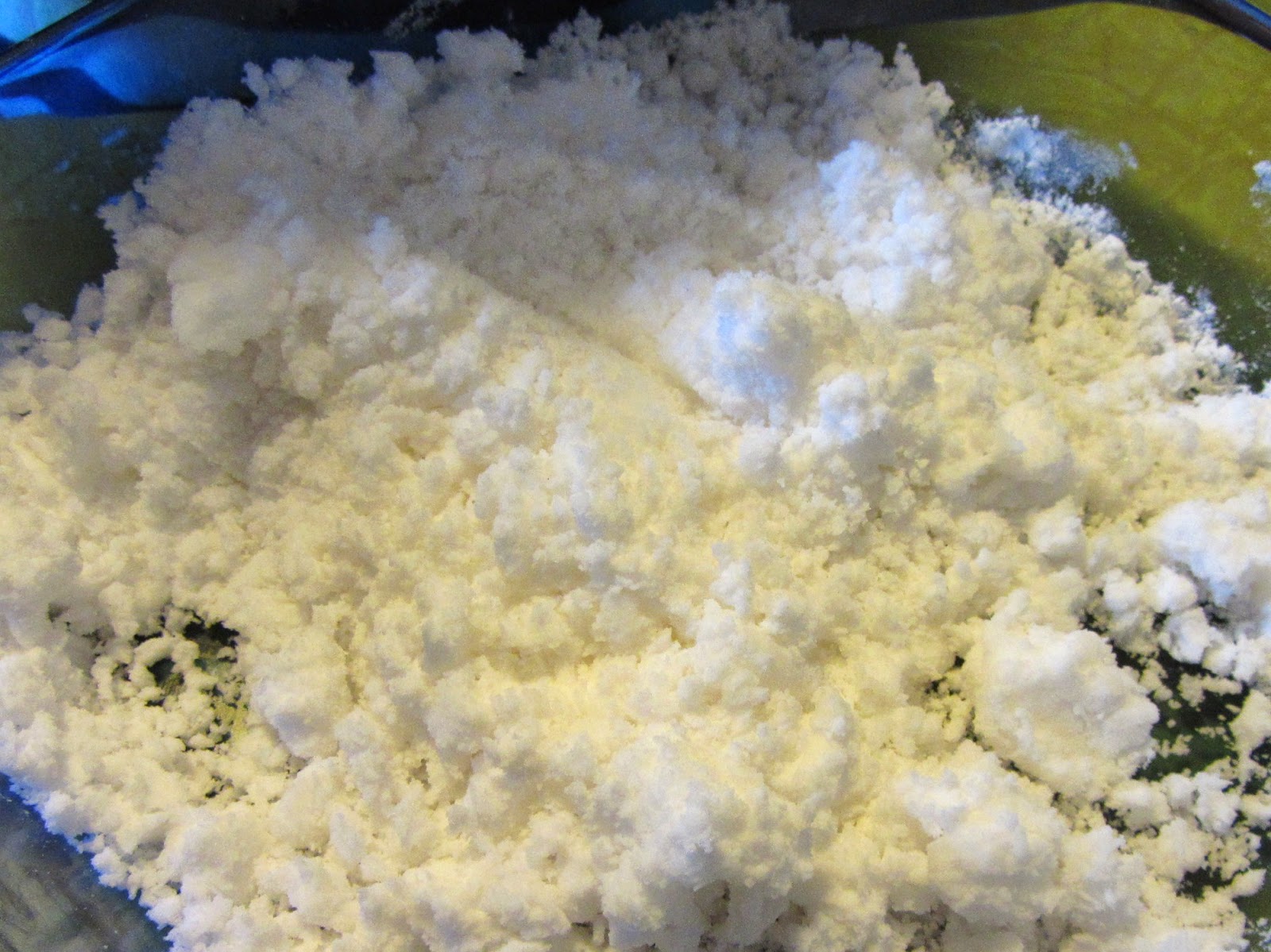 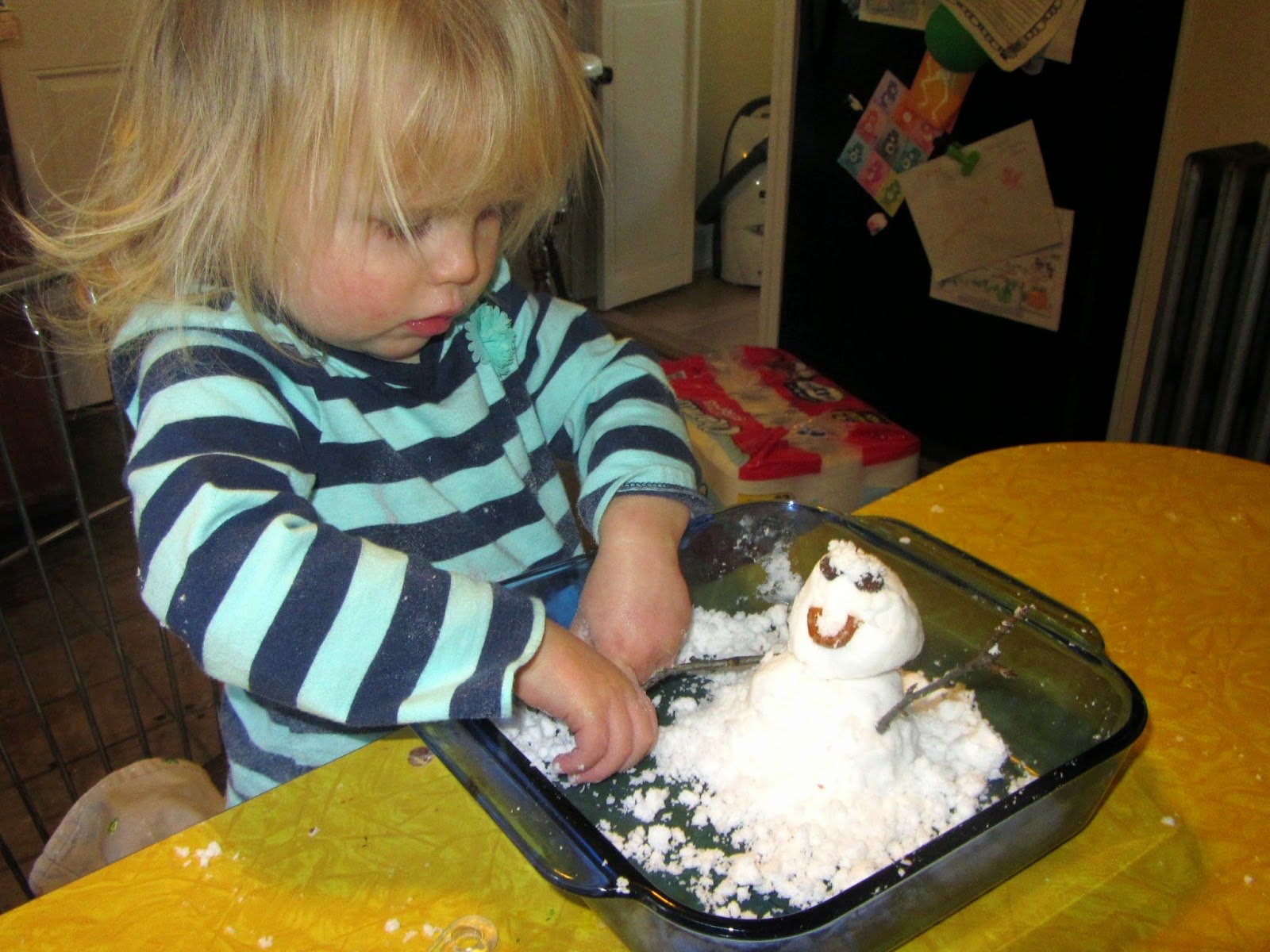 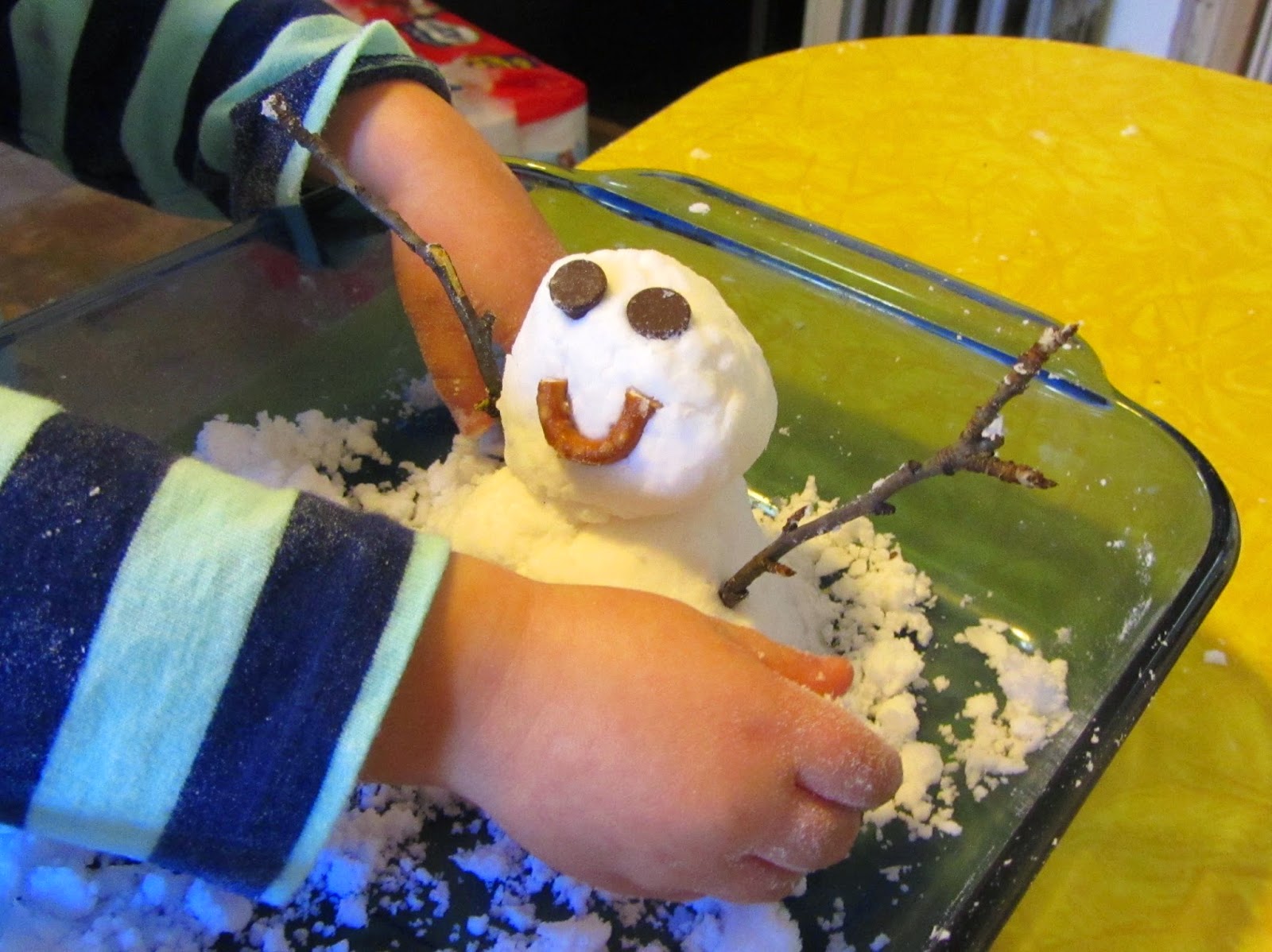 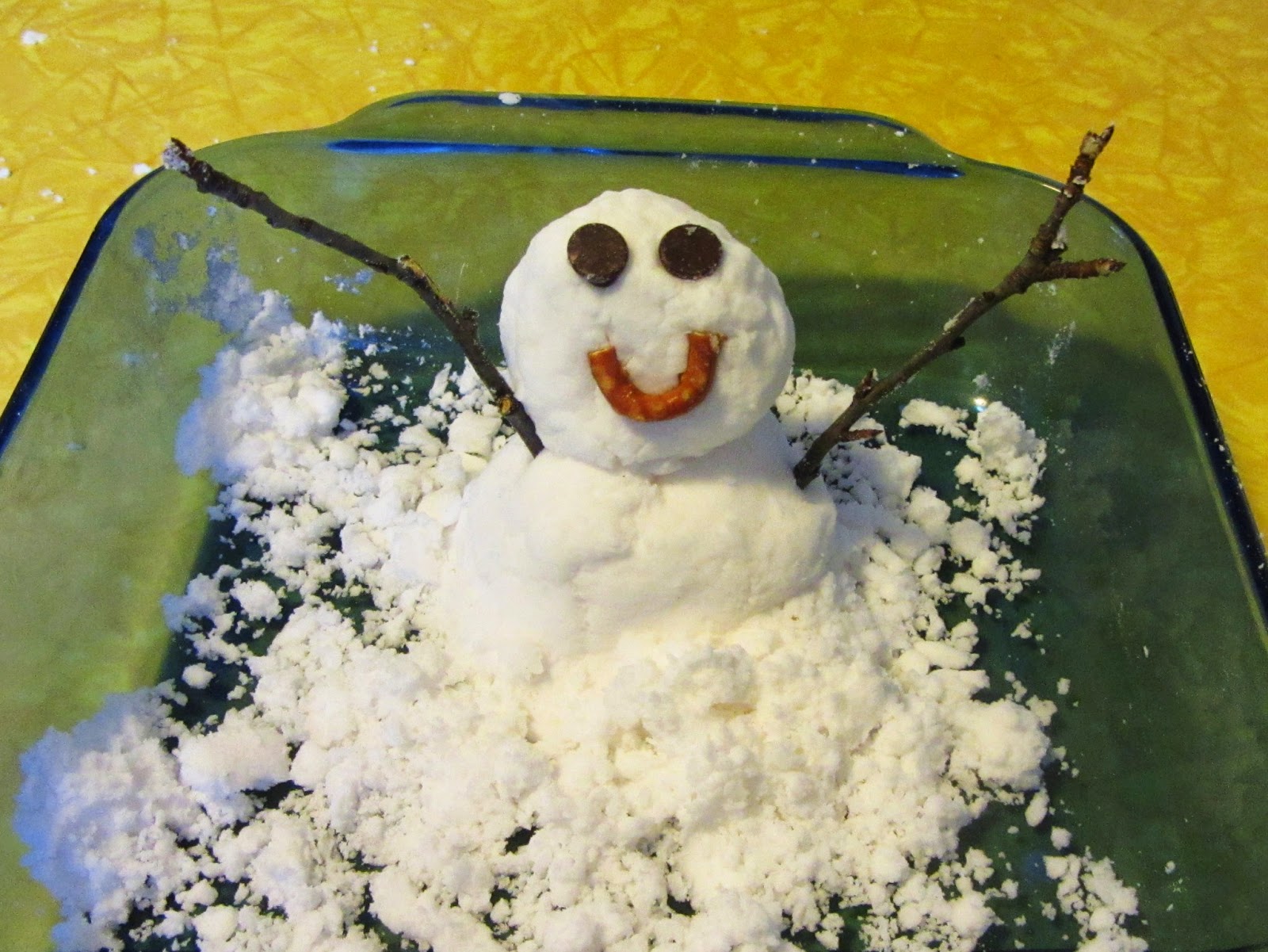 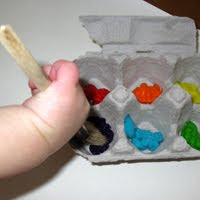 
All the printables on this blog are by Laura E. Horning and are free for you and your octopuses to use and share (not for profit, please.) but donations are more than welcome.

Laura
I'm a stay-at-home sometimes work-at-home mom who designs so many paper crafts and worksheets for my kids that it seems silly not to share them for the amount of time they take. So enjoy and share (but please give credit where credit is due. Thanks!).